Karl Gerstner (1930–2017) is a leading representative of Swiss typography and one of the most important innovators of typography, advertising graphics and corporate design. From 1945 to 1948, he completed an apprenticeship in Fritz Bühler's studio and attended courses at the Allgemeine Gewerbeschule Basel, where Armin Hofmann and Emil Ruder were his instructors. In 1949 he followed Max Schmid's call and joined the legendary design team of Geigy Pharmaceuticals, where he later met the copywriter and editor Markus Kutter. In 1959 they founded the advertising agency Gerstner + Kutter, which was joined by architect Paul Gredinger and in 1963 became GGK (Gerstner Gredinger Kutter), one of Europe's most successful advertising agencies. Gerstner left the agency in 1970 to focus on his art and on selected design projects. Karl Gerstner had a significant influence on Swiss typography and graphic design. As an artist, he developed a systematic language of colors and forms and pleaded for a correlation between art and everyday life and a functional and aesthetic design of the environment. 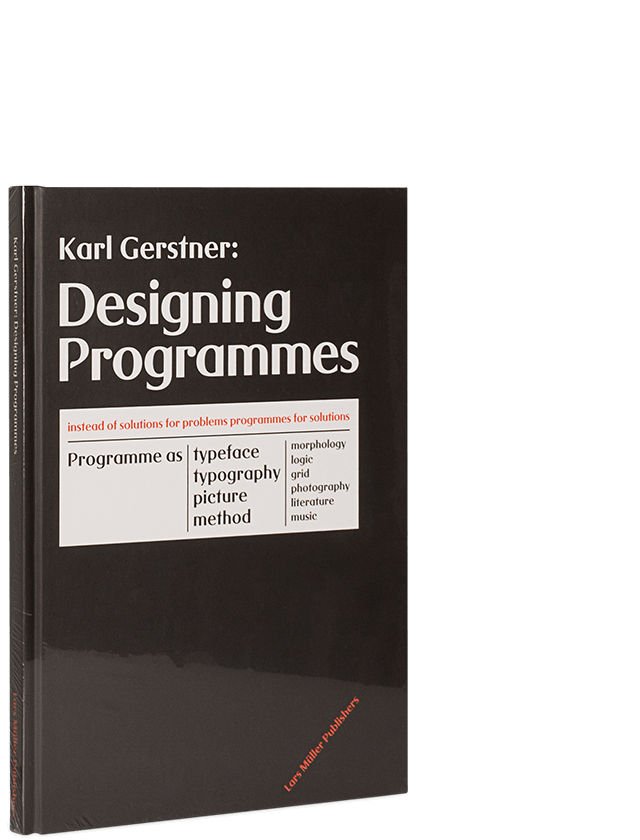 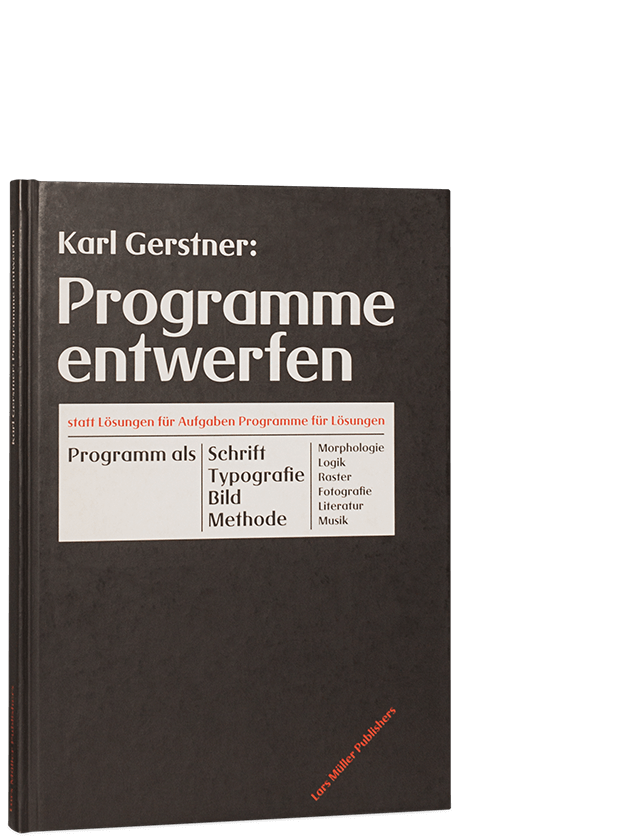