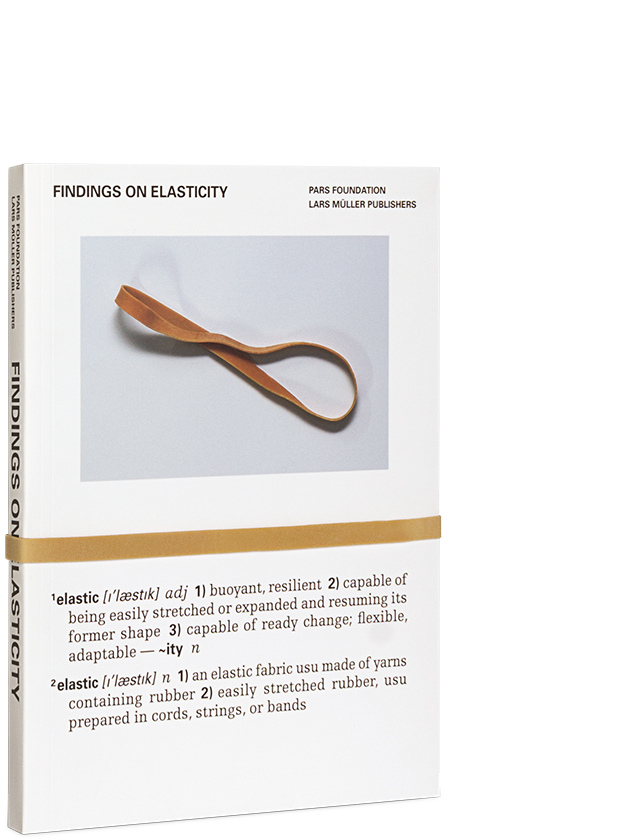 The second issue in the exciting and experimental cross-disciplinary series “Findings on…” by Astrid van Baalen and Hester Aardse from PARS is centred on Elasticity in the broadest sense of the word. What happens when one gives a simple rubber band to an architect, historian, choreographer, chemist, artist, mathematician, physicist, economist, anthropologist, and geologist and asks each of them for a statement on elasticity? The economist studies the elasticity of supply and demand of market forces. The architect calculates the elasticity of the steel structure of a building during an earthquake. The anthropologist studies the ﬂow of people returning to their homes in the wake of a natural disaster. PARS draws researchers out of their specialized niches in order to publish their brilliant, crazy, important, or bewildering results and assembles them in this interdisciplinary volume. “Findings on Elasticity” is the second part of a publication series that together will constitute an atlas of creative thinking. There are no guidelines for the form their contributions must take. It may be images, poems, essays, sketches on coasters, formulas or a piece of sculpture; the editors only ask that a contribution reﬂect the respondent’s own field as well as his or her passion for the topic. 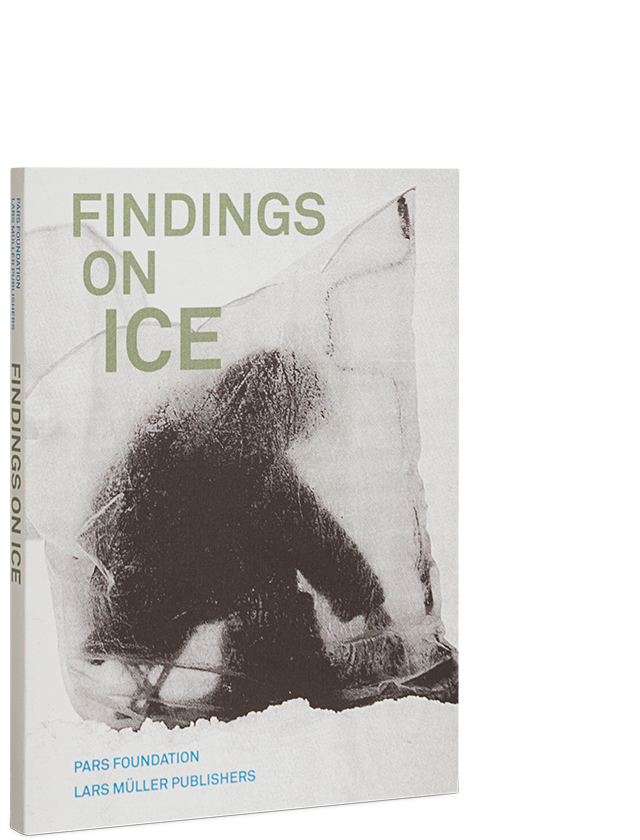