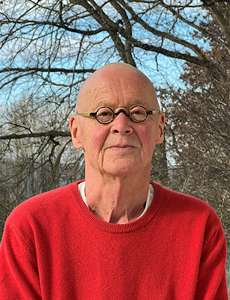 Wolfgang Laib (*1950, Germany) lives and works in a small village in southern Germany and runs studios in New York and southern India. In 1972, while still studying medicine, he spent six months in India and, on his return, created a sculpture in the form of an ellipsoid egg from a dark erratic block, entitled "Brahmanda" (cosmic egg in Sanskrit). He decided to work exclusively as an artist from then on. His first milk stone, a marble slab whose slightly concave surface is covered with milk, he realized in 1975. From the year 1977 Wolfgang Laib began to collect pollen in the meadows around his village and from then on he worked mainly with natural materials such as rice, beeswax, milk, Burmese lacquer and various metals. This was the beginning of many exhibitions worldwide over many decades. He represented Germany at the Venice Biennale (1982) and participated in documenta 7 (1982) and documenta 8 (1987). Exhibitions in numerous museums followed. He showed the largest pollen field to date at the Museum of Modern Art in New York in 2013.