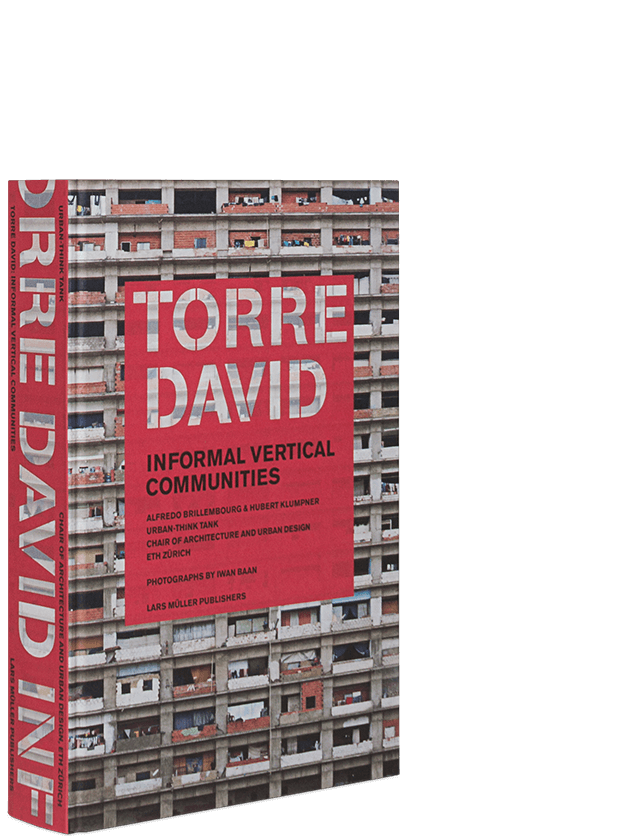 Torre David, a 45-story skyscraper in Caracas, has remained uncompleted since the Venezuelan economy collapsed in 1994. Between 2007 and 2014, it became the improvised home to more than 750 families living in an extra-legal and tenuous squat, that some have called a “vertical slum.”

Urban-Think Tank, the authors of Torre David: Informal Vertical Communities, spent a year studying the physical and social organization of this ruin-become home. Richly illustrated with photographs by Iwan Baan, the book documents the residents’ occupation of the tower and how, in the absence of formal infrastructure, they organize themselves to provide for daily needs, with a hair salon, a gym, grocery shops, and more. The authors of this thought-provoking work investigate informal vertical communities and the architecture that supports them and issue a call for action: to see in informal settlements a potential for innovation and experimentation, with the goal of putting design in service to a more equitable and sustainable future.

Alfredo Brillembourg was born in New York in 1961. In 1993 he founded Urban-Think Tank in Caracas, Venezuela. Since May 2010, Brillembourg holds a chair in architecture and urban design at the Swiss Institute of Technology, Zürich.

Hubert Klumpner was born in Salzburg in 1965. In 1998 he joined Alfredo Brillembourg as director of Urban-Think Tank in Caracas. Since 2010, Klumpner holds a chair in architecture and urban design at the Swiss Institute of Technology, Zürich. 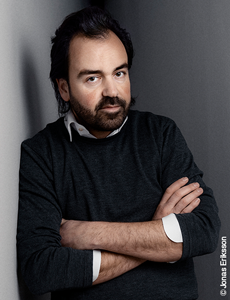 Iwan Baan (*1975 in Amsterdam) is an architecture and documentary photographer. He has worked for major architectural studios like SANAA, Rem Koolhaas/OMA, Herzog & de Meuron, Toyo Ito, and architects like Steven Holl and Zaha Hadid. His works are published regularly in architectural magazines and newspapers, among them Domus, a+u, The New Yorker, and The New York Times. In his photography, Baan focuses on the connection between architecture and the surrounding environment. Instead of isolating the built structure he embeds it in history and context.