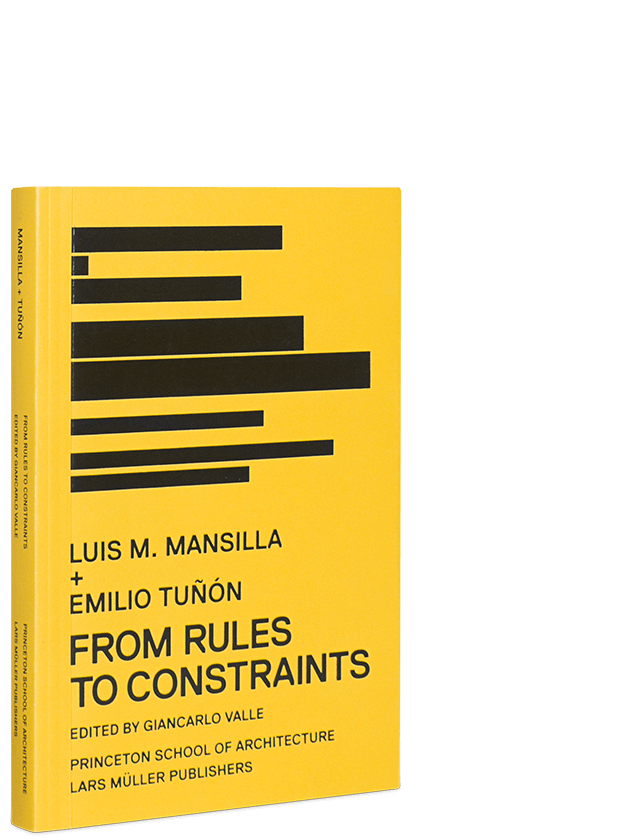 From Rules to Constraints

From 2008 to 2010, the architects Luis M. Mansilla and Emilio Tuñón held the Jean Labatut Visiting Professorship at the Princeton School of Architecture. Examining both student and also Mansilla + Tuñón’s own design work, From Rules to Constraints presents the design process as an on going conversation between the building and the environment, between freedom and limits, and between the decided and undecided. Focusing on three sites at three distinct scales, this book examines the constraints of the architectural project— social, political, historical, and environmental—in order to create new rules for working. The book is one of the last records of the work and ideas of Luis M. Mansilla, who passed away in 2012.

Luis M. Mansilla and Emilio Tuñón are internationally recognized for their intellectual contributions and influential designs and buildings. In 2007, they received the prestigious Mies van der Rohe Prize for their Museum of Contemporary Art in Castilla y León (MUSAC) in León, Spain, and in 2003, the Spanish Architecture Award. Their current work includes The Spanish Royal Collections Museum in Madrid, Lalín Town Hall, and the International Convention Center for the city of Madrid. In February of this year, as this book was nearing completion, Luis M. Mansilla passed away, making this one of the last records of his work and ideas.