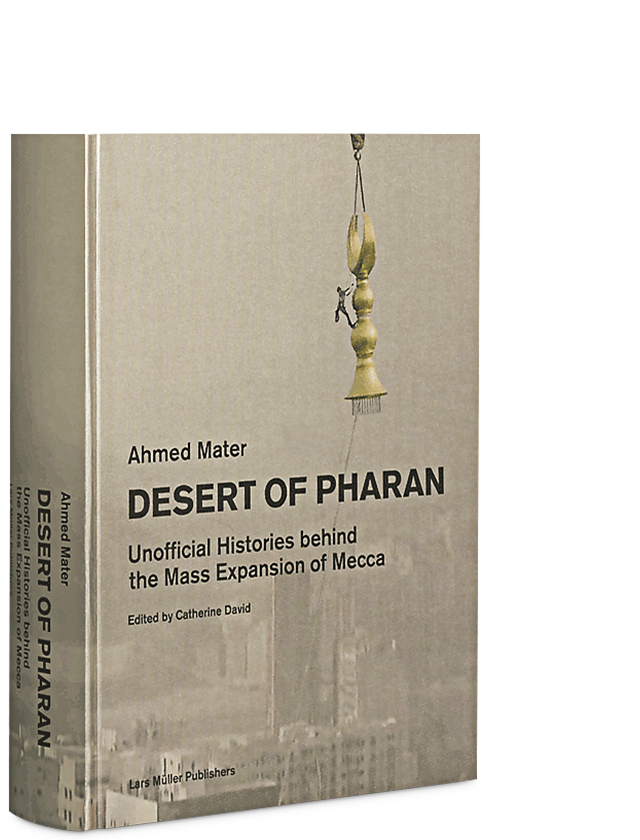 Unofficial Histories behind the Mass Expansion of Mecca

Through a series of photographs, Ahmed Mater charts the city’s origins to its more recent history over the last 5 years. It is a study of the site’s recent transformation—Mecca, until recently, embodied a unique urban tapestry, layered with histories that are stitched together by an abundance of organically rooted communities and cultures. It is a place that accommodated not only sacred structures and sites but also huge fluctuations in population during Ramadan (up to 3 million visitors a year travel to Mecca for Eid and Hajj). More recently, these sites and communities have been eradicated and are being replaced by five-star-studded high rise developments, transforming it from an active metropolis to the world’s most exclusive, yet most visited religious tourist destination, reflective of an unprecedented experimentation with architecture and its possible impact on social stratification.

This photographic essay is a celebration of Mecca's real and projected or imaginary states. It provides singular access to this site and its associated social and religious rituals, along with its architectural urban planned and proposed development.

With a text by Catherine David and interviews with Dr. Sami Angawi and Abdul Rahman Hassanein Makhlouf.

“[...] Desert of Pharan: Unofficial Histories Behind the Mass Expansion of Mecca, provides an unvarnished photographic catalog of the city: labor camps for foreign workers; slums where undocumented residents live; aerial views of scores of construction cranes surrounding the Grand Mosque; and luxury hotel rooms where wealthy pilgrims can get a bird’s-eye view of the Kaaba, the cubic structure toward which Muslims pray.”
– The New York Times

“Saudi artist Ahmed Mater captures the grittier side of the holy city – the migrant workers, the tireless construction and the eye-opening sprawl.”
– The Guardian 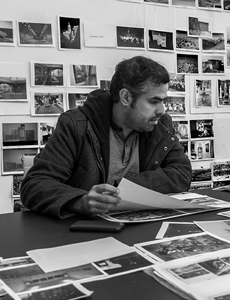 Ahmed Mater, born in 1979, grew up in Saudi Arabia. He led a young artist collective, was a founding member of Al-Miftaha Arts Village in Abha, and went on to co-found the non-profit entity, Edge of Arabia. His work was exhibited in numerous international institutions and forms part of public and private art collections.