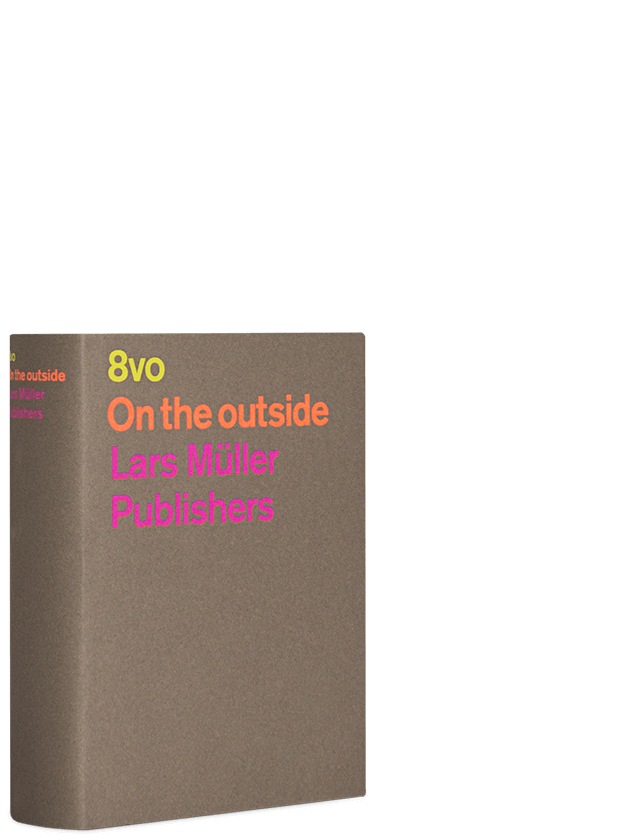 On the Outside surveys 8vo’s work from 1984–2001, including Octavo, the international journal of typography and its influence in the emergent typographically-led design movement in the UK and internationally during the late 1980s and through the 1990s. The emphasis is on process: trying to reveal how 8vo’s design got made rather than simply showing finished jobs. A number of hand-made and computer generated stage by stage mock-ups are featured. Written and designed by Mark Holt and Hamish Muir, two of the founding principals of 8vo, the story’s told it how it was—the everyday struggles of working with clients, typesetters, printers, and later on computers. Like many of their contemporaries, 8vo were working during a period of considerable change within the design industry—the book places 8vo’s work within the context of this revolution; from paste-up to desktop.