“This book is a project in itself and not the documentation of other projects,” states Florian. Solid Objectives: Order, Edge, Aura is a visual and textual manifesto. It stands out against classic monographs and chronological registers of built and unbuilt work. The book introduces an eclectic and playful attitude towards the design and realization of architecture in a time of increased instability.

Solid Objectives: Order, Edge, Aura is illustrated with many rarely seen images, mostly taken by photographer Iwan Baan, and punctuated with essays by SO-IL. “Lars said to me: ‘This is your book so you have to write the texts yourself!’,” Florian explains. “And he’s right: words are part of the culture of architecture.” Lars is a convinced proponent of the idea that texts by architects on their own ideas, works and concepts are by far more insightful than great names adulating newcomers. Pascal Flammer, architect and lecturer, thinks differently; He wonders whether all texts written by architects might end up being similar, as architects are not trained writers and therefore use common terms to describe complex matters. Daniel Niggli of EM2N believes that the critical and reflecting aspects of texts go short when architects write about their own practice. Plus: “If someone else writes about an architect’s work the text is also about that writer,” he says. “And that makes it so much more interesting to me.”

However, as the text in Solid Objectives: Order, Edge, Aura is neither explaining nor documenting SO-IL’s work – it is rather separate from the architectural work – it adds another element to the book. And as Tibor Bielicky, writer at architectural magazine Planphase, states: “The written word never lies. It’s quite a bold statement. People change their opinions often, but if you write something down it has a meaning.” Lars agrees and adds that “there are more confusing images on architecture than confusing words.”

But why even publish a book with all this text and imagery? “You can condense all your ideas in a book,” Florian states. Does a book also help an architectural firm to win over clients? It might, but according to Hannes Mayer, publisher at the magazine manege für architektur and researcher at ETH Zurich, “a book mainly sets intellectual standards and documents ideas and observations.” For Florian it is more about developing an architectural attitude rather than chasing clients. A book says a lot about a studio and “there is only one first book an architectural practice can publish.” Not to forget that books act as a “celebration of architecture” as Lars states. “Architects owe something to the next generation and a book is a great way of talking to them.” 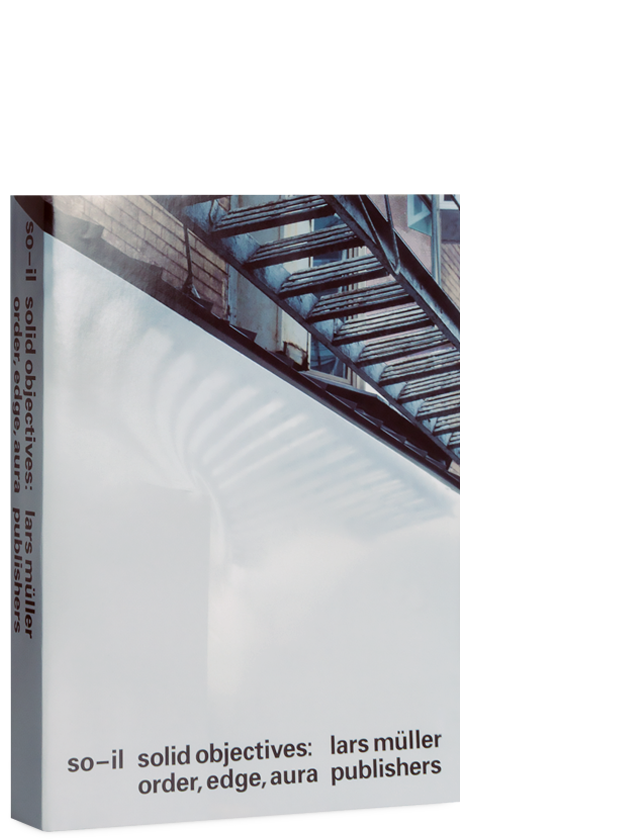 Florian Idenburg, born in 1975, Netherlands, is a founding partner at SO–IL. He holds an MSc. in Architecture from Delft University of Technology. He was project partner with Kazuyo Sejima and Ryue Nishizawa (SANAA) in Tokyo until 2007. Idenburg is Associate Professor in Practice of Architecture at Harvard’s Graduate School of Design.

Jing Liu, born in 1980 in China, is a founding partner at SO–IL. She received her education in China, Japan, the United Kingdom and the United States, concluding with a Master of Architecture from Tulane University School of Architecture in New Orleans. Liu is currently teaching at Columbia University’s GSAPP and faculty at Parsons The New School for Design.

Ilias Papageorgiou, born in 1980 in Greece, is partner at SO–IL. He holds a Diploma of Architecture from the Aristotle University in Greece, and a Masters in Architecture from Harvard University. Papageorgiou has been with SO–IL since its inception in 2008 and became a partner in 2013. Besides practicing, he has been a visiting critic at various universities, and has taught design studios at Columbia University’s GSAPP.