Offered a position at the Weimar Bauhaus in 1923, László Moholy-Nagy (1895–1946) soon belonged to the inner circle of Bauhaus masters. When the school moved to Dessau, Moholy-Nagy and Walter Gropius began a fruitful collaboration as joint publishers of the Bauhausbücher series.

In addition to designing and editing the Bauhausbücher, Moholy-Nagy produced a title of his own: the legendary Painting, Photography, Film. In this book, Moholy-Nagy’s efforts to have photography and filmmaking recognized as art forms on the same level as painting are propounded and explained at length. The artist makes the case for a radical rethinking of the visual arts and the further development of photographic design to keep pace with a radically changing technological modernity.
Alongside theoretical and technical approaches and forays into the nature of the medium, Moholy-Nagy uses an extensive appendix of illustrations to provide a thorough survey of the numerous possibilities that photography and film could offer—from press photography and scientific imagery to Moholy-Nagy’s own abstract photograms and New Vision photographs.

This English translation of Painting, Photography, Film is based in content and design on the 1925 German first edition, making the latter available to an international readership for the first time. The publication includes a brief scholarly text providing crucial contextual information and reflecting on the history and legacy of Moholy-Nagy’s book.

"It is these authentic writings, the Bauhaus' original publications, that illuminate its legacy in the most accurate way."  (Daniellaondesign, March 2019)

László Moholy-Nagy was born in southern Hungary in 1895. After unfinished law studies and military service during the First World War, he attended an evening art school, which marked the beginning of his career as an artist. During his first artistic years his style of art was much influenced and shifted from the figurative to a short Dadaist phase before it became completely abstract. His earlier paintings, which were strongly influenced by Russian Constructivism, already illustrate his life-long preoccupation with light and transparency. Around 1922 Moholy-Nagy became aware of the photogram and the artistic potential of the motion picture, which fascinated him for the rest of his life. When he moved to Berlin two years later, he met Walter Gropius, director of the Bauhaus, who visited Moholy-Nagy’s exhibition at the avant-garde art gallery Der Sturm. He appointed Moholy-Nagy as a teacher at the art school in Weimar in March 1923. The artist remained loyal to the Bauhaus even after its move to Dessau, before he finally left it in 1928.

After Hitler seized power in 1933 it became more and more difficult for Moholy-Nagy and many other avant-garde artists to work in Germany. In 1934, one year after his participation in the 4th CIAM Congress in Athens, he accepted a job offer from a design company in Amsterdam and moved to Holland. In 1937 Moholy-Nagy opened “the new bauhaus: American School of Design” in Chicago, which already had to be closed after one year due to financial difficulties. In February of 1939 he was able to open a successor institute, which he called “The School of Design in Chicago,” today known as “IIT Institute of Design.”

In December of 1945, Moholy-Nagy was diagnosed with leukemia and died on 24 November 1946 at the premature age of 51. 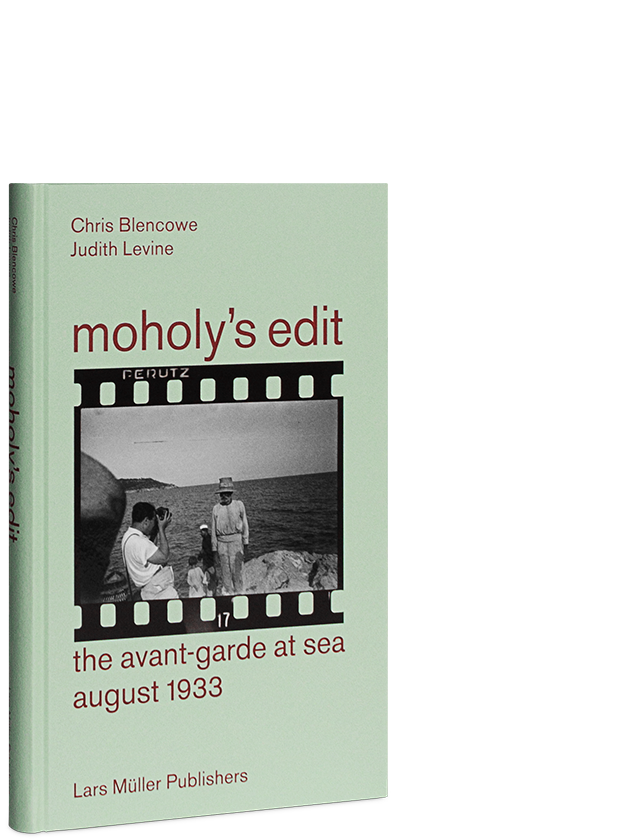