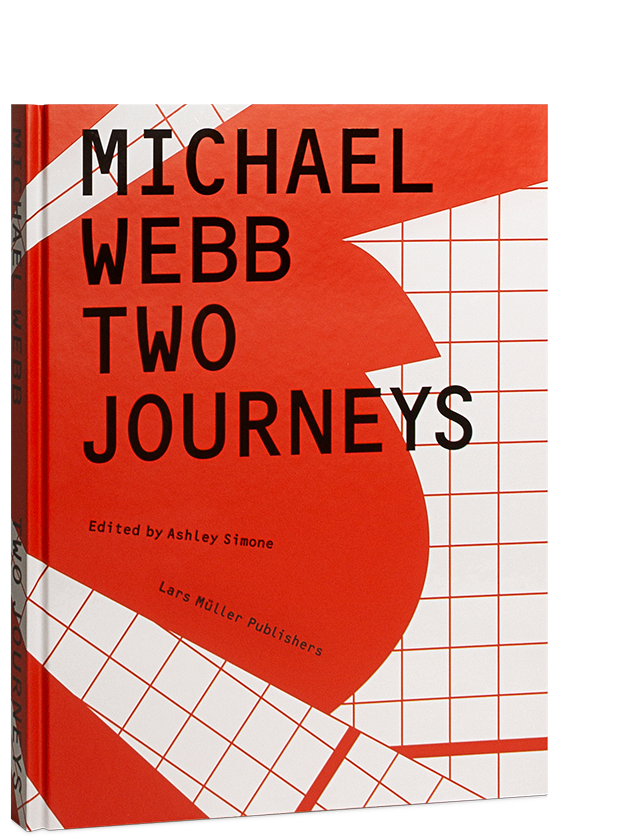 Two Journeys is the first comprehensive monograph on the work of Michael Webb, an artist and trained architect, who operates at the intersection of the two disciplines. The publication assembles sixty years of Webb’s work into a continuously evolving narrative about the multifaceted relationships among the built environment, landscape, and moving vehicles.

The artist’s work investigates these relationships using notions of time, space, and speed, and analogue drawing tools such as pencil and collage, which are often rendered later in oil paint. Webb is widely known for creatively exploring the boundaries of drawing techniques, specifically perspectival projection. Some of his works were created in collaboration with Archigram, an avant-garde group in London, of which he was a co-founder in 1961.

The book features nearly 200 drawings: artistic works rooted in analytical thinking and structured around architectural elements and notational systems. Two Journeys includes essays by Kenneth Frampton and Mark Wigley, amongst others, whose critical perspective alongside texts and commentaries by Webb shed light on an extraordinary body of work. 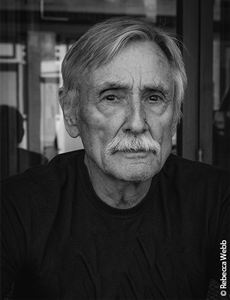 ASHLEY SIMONE is a New York City–based editor, photographer, and professor of architecture at Pratt Institute. The intersection of art, culture, and the built environment is the focus of her practice that draws on her training as an architect at the Columbia University Graduate School of Architecture, Planning and Preservation. Her photography has been exhibited in New York and London and featured in journals and magazines that include Architectural Design and Interior Design. She is the editor of A Genealogy of Modern Architecture:
Comparative Critical Analysis of Built Form (Lars Müller, 2015) and Absurd Thinking Between Art and Design (Lars Müller, 2017).