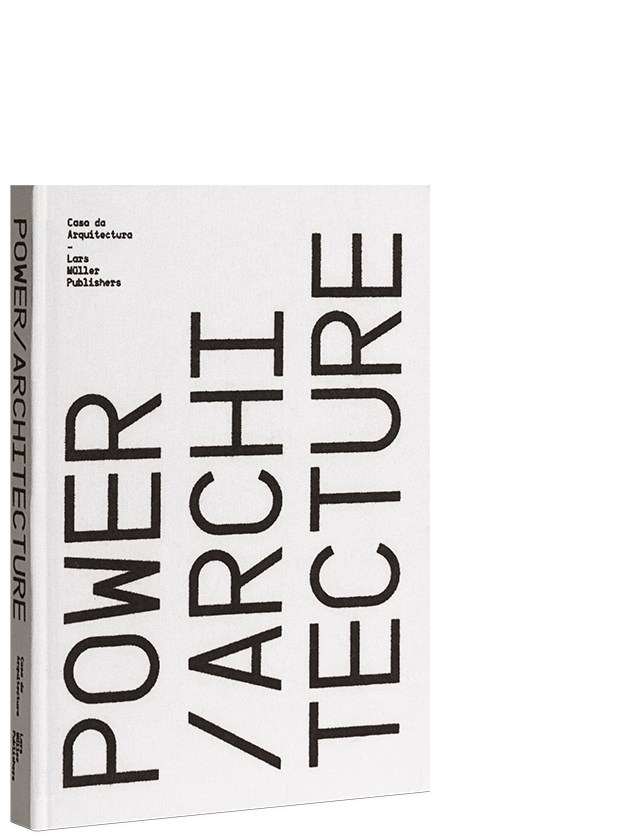 Power / Architecture presents a series of projects based on current and extreme syntheses of comprehensive and complex world-views, which enables mapping a network of powers that align, intersect, inflect and diverge from each other. Collective power, ordaining power, economic power, technological power, ritual power, cultural power, media power and domestic power are being discussed in the book. Against this backdrop the issue of counter power is examined.

Through eight essays by various contributors, along with images, drawings and documents, the book renders visible a set of entities, informal conventions, stakeholders and means involved in the creation of architecture; that is, the dynamics of the collective that ceaselessly tests the architectural composition of the common world.