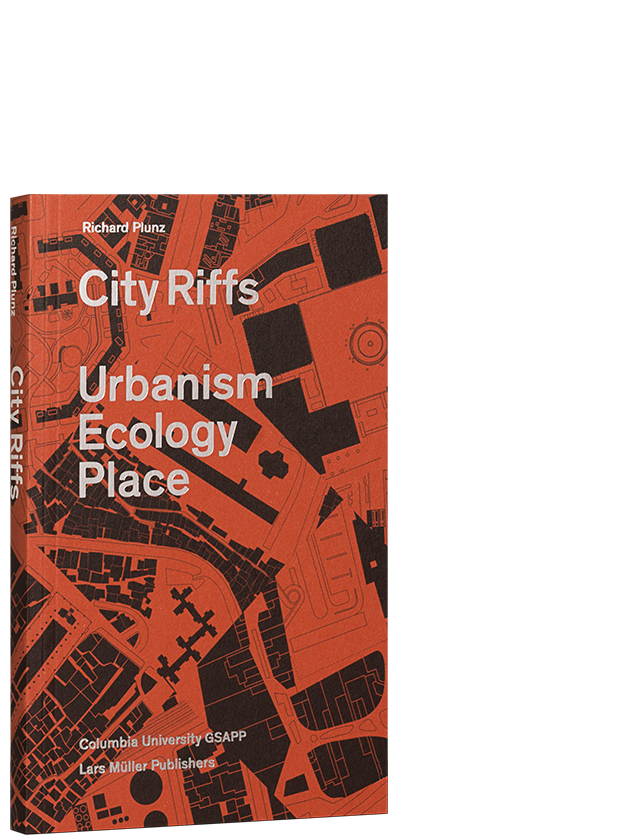 City Riffs traces the shifting perspectives of urban design within an ever-changing global context. The transformation of cities all around the world is described by means of essays and interviews. As the book covers a wide range of places and methods, it will be an asset to anyone who works on, lives in or thinks about cities.

Moving between sixteen cities, City Riffs also considers transdisciplinary aspects of urbanism; formal and informal growth in Kumasi and Caracas; post-colonial structures in New Delhi and Prague; post-urban phenomena in Detroit and Brussels; cultural transitions in Antwerp and Salzburg; the changing nature of place in Seoul and Mostar; and new ecological realities in New York and Rome. Urbanism is viewed as the production of space-integrating aspects of design, ecology and engineering as well as other influences on urban cognition such as social, economical and psychological interactions.

Richard Plunz, author of City Riffs and founding director of the Earth Institute's Urban Design Lab, is a leading figure in urban design and urban housing. The award-winning architect holds a chair at the Architecture and Earth Institute at Columbia University, has served as chair of the Division of Architecture at Columbia and until 2015 he was the director of Columbia's post-professional Urban Design Program.