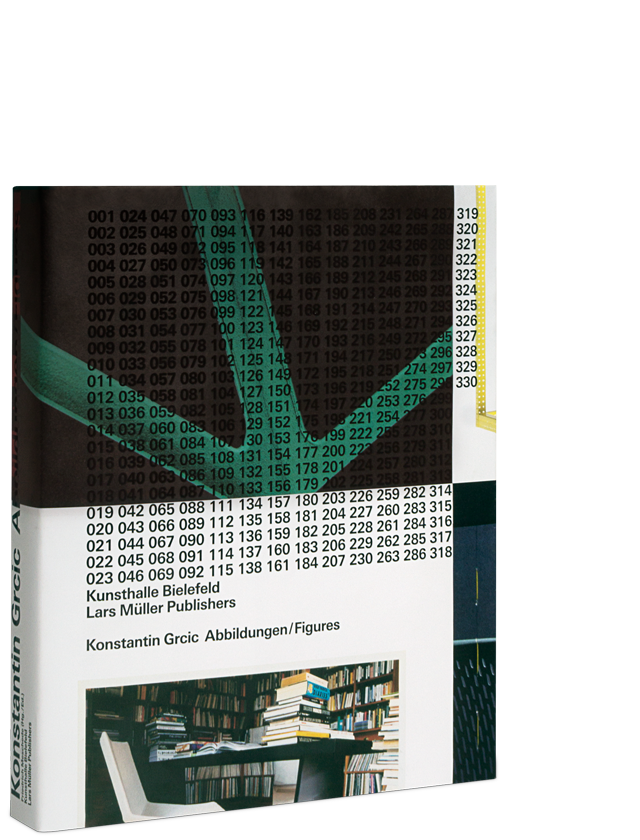 The exhibition Abbildungen at Kunsthalle Bielefeld, which was on display in spring 2016, is the underpinning for the conception of this publication, which turns its gaze on the media framing of Konstantin Grcic’s design objects. First researched in early magazines, company prospectuses, flyers and other print media, the selected pieces are presented as reproductions of reproductions.

Abbildungen/Figures is neither a survey nor a retrospective, but an overview of Grcic’s work. The publication is accompanied by an in-depth analysis by Robin Schuldenfrei, Professor at the Courtauld Institute of Art in London, who, in presenting Konstantin Grcic’s oeuvre to the German-speaking world, examines it from a historical perspective for the first time.

Konstantin Grcic (*1965) studied Industrial Design at the Royal College of Art in London and was assistant to Jasper Morrison. He founded his own design studio in 1991.

Friedrich Meschede has been Director of Kunsthalle Bielefeld since 2011.