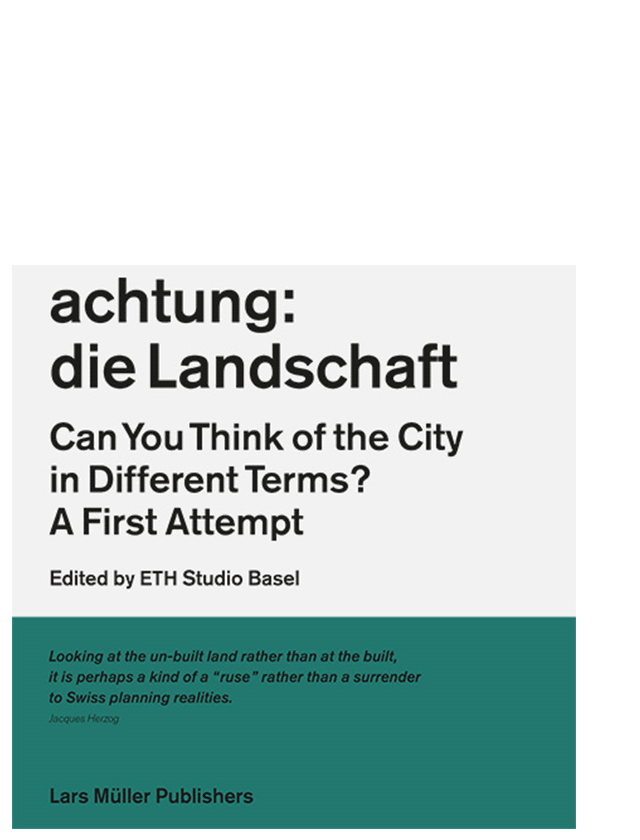 Can You Think of the City in Different Terms? A First Attempt

In 1955 Max Frisch, Lucius Burckhardt, and Markus Kutter published achtung: die Schweiz, a warning about the increasing level of sprawl throughout the Swiss landscape and a plea for a new and better controlled urbanity in the form of high-density settlements. Sixty years later, the level of alarm against the increasing levels of urban sprawl has not diminished and yet single-family houses and low-density settlements still unabatedly continue to threaten the Swiss landscape. Openly alluding to the book of 1955, achtung: die Landschaft suggests a different yet radical point of view. Reclaiming a central role of Landschaft–land, landscape, and the entire un-built territory–as a remedy to current urban conditions, the understanding of the Swiss Un-built territory becomes the lens through which alternative strategies and visions for the future can now advance.

This book is also available as paperback