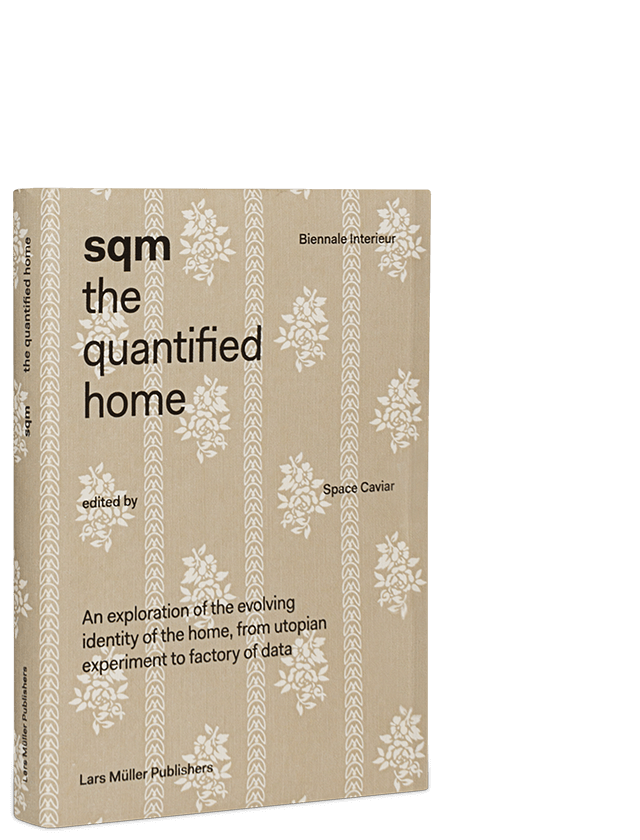 An exploration of the evolving identity of the home, from utopian experiment to factory of data

The way we live is rapidly changing under pressure from multiple forces—financial, environmental, technological, geopolitical. What we used to call home may not even exist anymore, having transmuted into a financial commodity of which the square meter is the basic unit. Yet, domesticity and the domestic space ceased long ago to be present in the architectural agenda.
SQM, produced for the 2014 Biennale Interieur in Kortrijk, Belgium, charts the scale of this change using data, fiction, and a critical selection of homes and their interiors—from Osama bin Laden’s compound to apartment living in the age of Airbnb.

Space Caviar is a design research collaborative directed by Joseph Grima. Based in Genoa, Italy, it operates at the intersection of architecture, technology, politics and the public realm.