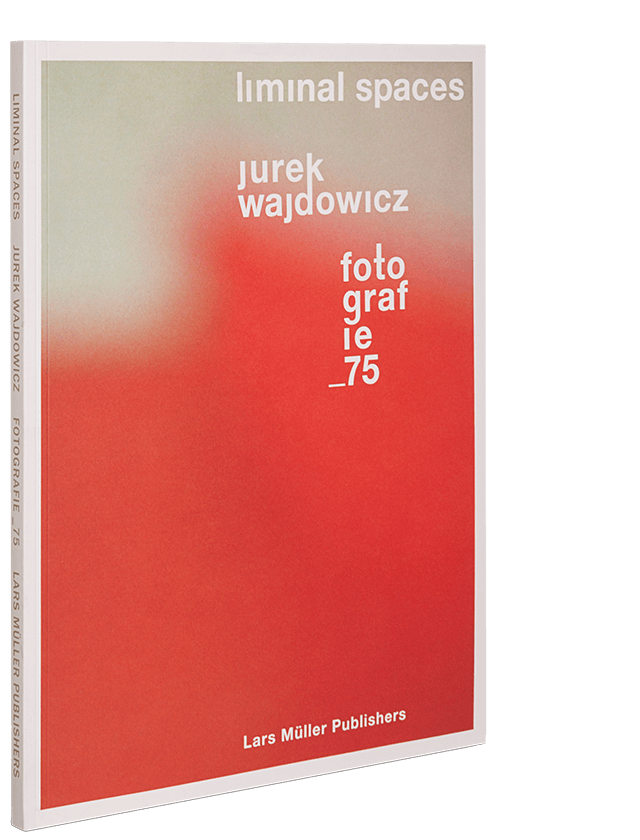 Polish-born photographer Jurek Wajdowicz’s new art book luxuriates the viewer with both saturated and minimalist images that float between abstraction and reality of both the perceived and the imagined. The largeness of this limited-edition publication, reminiscent of a gallery space, envelops the reader and creates a pause for each image. You realize at once you are seeing something captured in its purity—in its minimal, intense and separate state.

Fred Ritchin in his introduction writes “…Seeing and looking are hardly the same. The riches reside as well in the parallel universes, those which conventional photography, quoting from appearance, hardly seem to take into account. In the hints of shape in Wajdowicz’s own images, in his embrace of negative space, appearance manages to conceal itself, implying the gaps of the forever in-between. The engaged viewer can then infer ways to re-imagine, while Jurek’s lens argues for a less traveled space. It is no wonder that his imagery reads like jazz…”

American art photographer and designer Jurek Wajdowicz is the principal of the renowned Emerson, Wajdowicz Studios (EWS) in New York, which he runs together with his design partner, Lisa LaRochelle. EWS is known for their creative work for prominent nonprofit organizations worldwide. Jurek is recognized internationally as a leader in the photojournalistic approach to graphic design. In the recent survey of Graphic Design: USA, Wajdowicz was selected among the “Most Influential Graphic Designers of the Past 50 Years.” Wajdowicz's work resides in the permanent collections of the U.S. Library of Congress, the National September 11 Memorial & Museum, the United Nations, the Warsaw Museum of Posters, the American Institute of Graphic Arts, Lodz Museum of Modern Art and Hamburg Museum für Kunst und Gewerbe, among others.