What You See – a collection of snapshots taken by anonymous photographers ­– shows that art can be found everywhere. Lars talks about the making of this treasure box and his relation to photography.

Recently I had an interesting conversation with my friend Peter Pfrunder on the intricacies of photography and how I felt that the great strength of this medium lies in the exploration of the world through other people’s eyes. A while back Peter and I made a book together that shows snapshots collected and arranged by Luciano Rigolini. These photographs – which I like to speak of as trouvailles – were found at flea markets, in secondhand shops or on the Internet. Through assembling similar visual formalities and creating series Rigolini asks: “What do we see?” and “How do we see?”

With childlike astonishment I often marvel at findings that strike me as surprising compared to my everyday sights. For What You See this is true in many ways; after eight years this photographic treasure box is still full of surprises.

Rigolini is collecting and looking through photographs, tracking down and identifying suitable images as if he was looking through a camera’s viewfinder. By arranging and categorizing them the meaning of these images shifts. The focus no longer lies on the depiction of reality but on the act of looking itself. Although we usually regard snapshots as amateur photographs it is Rigolini’s careful selection, which creates meaning.

What You See is not simply a photo book; it’s a surprising visual study and the proof that art can found everywhere. (lm) 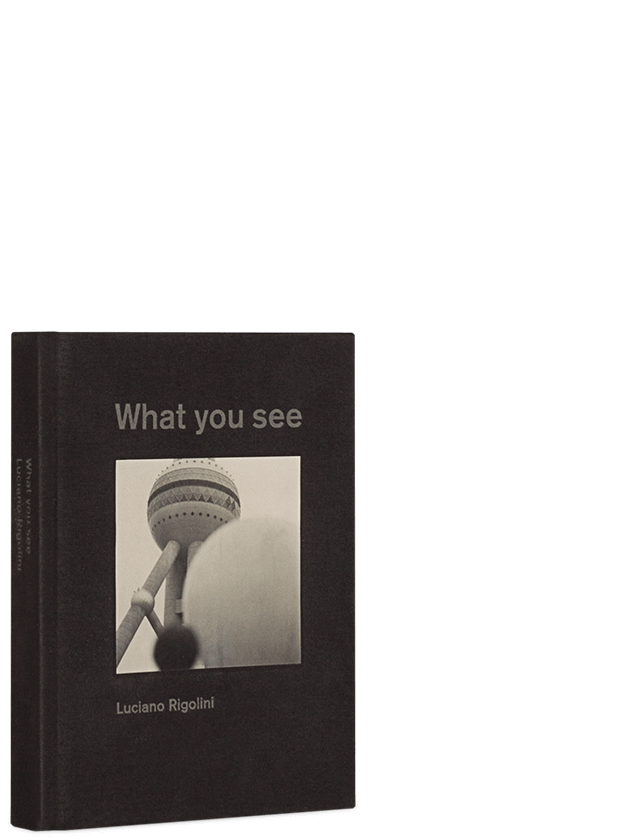