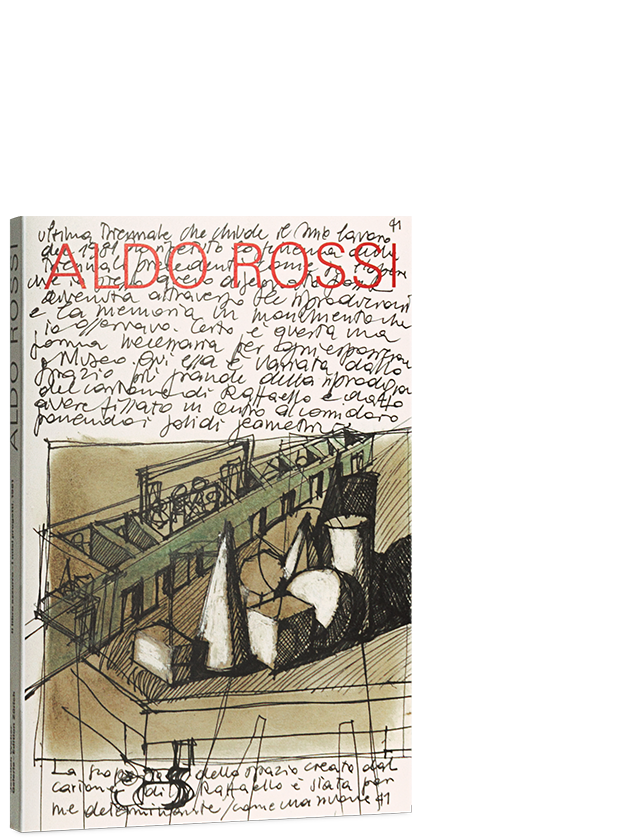 Aldo Rossi (1931–1997) was an Italian architect known not only for his distinct architecture but also for his achievements as a designer, theorist and illustrator. In 1990 he was the first Italian architect to win the prestigious Pritzker Price.

Together with the gallery owner Jamileh Weber, who exhibited his drawings, Aldo Rossi published the book Il libro azzurro – I miei progetti 1981 in 1983. The book features a selection of Rossi’s signature illustrations. All the 48 drawings and the buildings shown are described by the architect himself in a booklet accompanying the publication. The Italian descriptions are translated into German, French and English.

Lars has collected some copies of the rare book, which he now wants to make available to connoisseurs. Book and booklet come with a jacket in a cardboard box.